10 Truthfully Useful Tips Before You Start Work in Spain 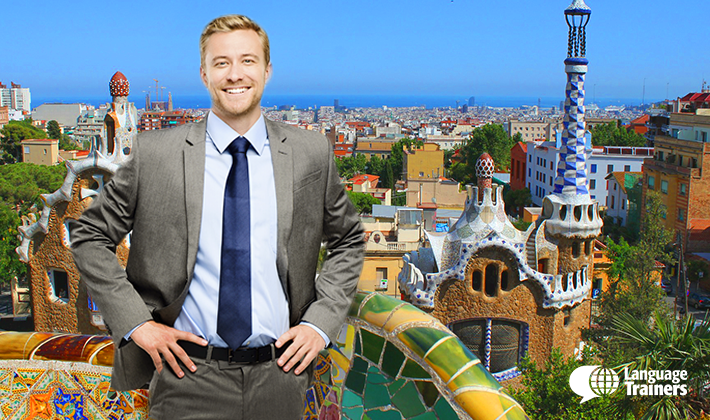 So you’ve just accepted a new job in Spain, land of bull-fighting, compulsive ham-consuming (seriously, jamón serrano Lays exist.. look it up!) tempranillo-drinking, Mediterranean sun-worshiping, and funny, yet endearing accents. Congratulations! You’re in for a ride.

You may be wondering to yourself: “Pues, ¿ahora qué?” Or, for those of you still in the process of aprendiendo español: “Well, now what?”

Spain is one of those countries rich in history, dazzling landscapes and beaches, questionable male shoe choices, and charming, often humorous idiosyncrasies that you will no doubt come to appreciate, if not adorar.

Here are a few to get you started:

With at least 12 national feriados, or holidays, and workers in Spain receiving, at a minimum, 22 vacation days per year, there’s a LOT of time dedicated to finding the life to work balance. Relaxation and enjoyment might as well be a fundamental, unalienable right in the Spanish culture. What exactly is it that the Spanish do with their time off? They spend it with their husbands, wives, and children, strengthening the bonds de la familia.

2. Contrary to popular belief, the catch-all term for anyone of non-Hispanic or Latino descent “gringo” is more often than not used as a term of endearment…

…unless you unwittingly offend someone’s equipo de fútbol or mother. In that case, the red-faced Spaniard yelling “¡¡¡Gringo de mierda!!!” at you is in all probability full of indignation and spite.

3. Spaniards are not known for being a rather punctual society of people 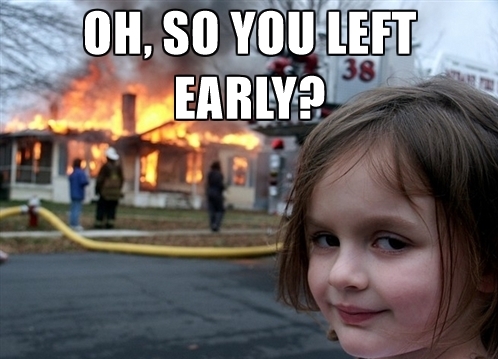 Even in a business or work setting, it is not uncommon for the Spanish to be 15-30 minutes late. That being said, if being on time is engrained in your blood, DNA, bone marrow, whatever, certainly don’t feel as though you need to adhere by the same lackadaisicalness as do your Spanish colleagues. Just don’t be surprised, offended, aggravated or take it as wanton negligence when a 10am meeting doesn’t start until all parties necessary are present… at 10:24am.

4. It’s not actually all that common to take siesta during the day in bigger cities and bustling hubs like Madrid, Barcelona, or Valencia

It is a common misconception that every day between the hours of 1-3pm not a living, breathing soul in the kingdom of Spain is conscious. That’s not to say that the phenomenon is not still practiced in smaller, more provincial parts of the country. The rationalization for this? That it gets SUPER hot during this peak hour of the day (see #9), making productivity more challenging.

5. There’s actually quite a bit of diversity in Spain

Due to its relatively small size and proximity to other countries, it is not atypical to encounter folks from all over Europe, and the world for that matter.

6. Local supermarkets are often referred to as “chinos”

Your neighborhood, sells-everything-under-the-sun dollar (or in this case euro) store, sometimes advertised as bazars on signs, are called “chinos” in Spain. Why, you ask? Because they are owned and operated by, you guessed it, gente de china. Any other questions?

7.  If you arrive at a nightclub or “discoteca” before 1am you will be in the company of the bartenders, teenagers with curfews, and bathroom attendants

Pro tip: grab a six pack of Estrella and go sit in the plaza across the street until it reaches a more socially acceptable time to see and be seen in da club. Circa 3am.

8. People take their plazas seriously and genuinely use and appreciate them 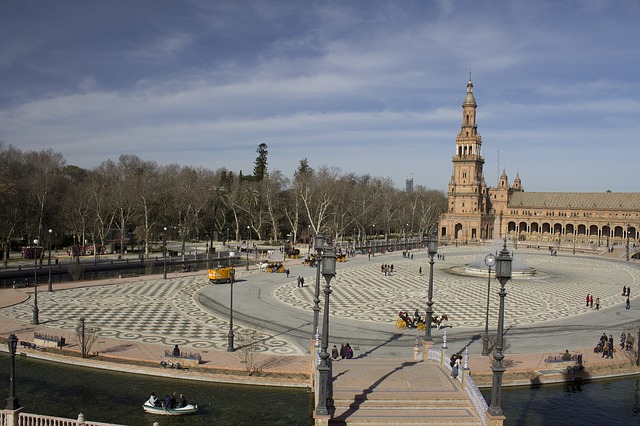 Plaza in Seville, Photo via Pixabay

Hanging out in a plaza with your buddies, strumming the guitar, enjoying a festive libation or ten, listening to music, is a perfectly acceptable and typical way of spending your day, afternoon, or evening. Hey, it’s free, public, never closes, and offers some of Spain’s best people-watching opportunities.

10. Yes, people greet each other with a kiss on both cheeks, but in a business setting the appropriate greeting is a handshake

Even if the recently-introduced executive director of your department is super guapo, keep it profesh and stick out your hand like the gringo you are.

With these helpful consejitos above you’ll be confidently sauntering the Spanish streets in no time, filling your days with tapas and glasses of rioja under the burning mediterranean sun. Viva la España!