We’ve all heard the expression “rise of the machines” and seen movies like Terminator where technology takes a rather ugly turn in humanity’s future right? Technology is so important to our existence that it does indeed seem like we are moving closer and closer to a future where we’ll be entirely dependent on machines. After all, how often do you hear of machines taking over jobs that human beings formerly held? Nowadays we don’t have to interact with humans to pay our bills, buy tickets to a movie, or even to get directions. Our dependency on machines is to such an extent that it may seem like they’ll be taking over any day now, but the reality is far, far different. 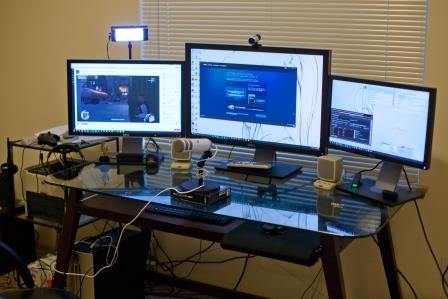 When it comes to technology, most people agree that competent A.I. (artificial intelligence) has remained one of the most difficult things to achieve. Remember back when we were all fascinated and enamored by Siri? It was fun to ask Siri questions and see what sort of answer we would get, but over time the limitations of the technology has led us to rarely put it to use. The problem, experts say, lies in the language. Artificial intelligence like that present in Siri, is extremely limited in its interpretation of words and sentences. While A.I. can grasp the meaning of simple language and even answer back, its interpretations will always remain literal. The same goes for computers.  A computer can take a word and give you its literal definition, but isn’t capable of placing that same word within any sort of context. Irony, humor, and sarcasm are far outside its grasp (hence you can get some rather amusing responses when asking Siri a question). 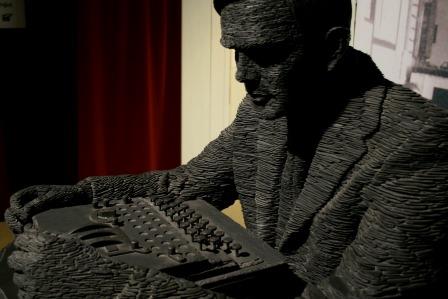 Back in the days before most of us were born and few outside the sci-fi writing circle were looking at A.I. as an imminent possibility, a scientist named Alan Turing decided to take artificial intelligence a little more seriously. Turing lived in the early half of the 20th century during a time where technology, especially on a personal level, was minimal. Yet Turing decided to form a test to help determine at what point a machine’s intelligence matches a human’s. In simple terms, he postulated that once a human is incapable of pinpointing the difference in a conversation held with a human vs. a machine, that would be the point when machines had reached their peak intelligence. In short, the more human-like the machine is, the better.

Right now, the biggest difference between humans and machines, is the human ability to incorporate new information and change our language fluidly as we do. If we don’t know something, as long as someone explains it to us we can process it and make it a part of our lexicon without skipping a single beat. This is something that current A.I. is very much unable to do. Furthermore, human beings are wired to be able to learn and do many things well. A champion chess player might also be capable of calculating advanced math problems or painting a beautiful, imaginative mural. A champion chess-playing machine, on the other hand, would draw a blank when it comes to advanced math (for example) because its programming is limiting it to succeeding at a single thing. Until A.I. has capabilities which are equal to or surpass a human’s, then it cannot be considered successful.

Technology is making massive strides every single day and its always exciting to observe and see where it will take us. Although human-like artificial intelligence is not a thing of the present, it certainly doesn’t mean it won’t be a thing of the future! In fact, Facebook is making surges forward in the A.I. department and is highly invested in developing artificial intelligence that can think, read, and listen the way a human can. Recently, Facebook tested one of their prototypes by feeding in a synopsis of a popular book and the computer responded to questions about the book in a more complicated manner than previously seen. If anything, this tells us that someday A.I. will be a much bigger part of our lives.

What are your thoughts on artificial intelligence? Do you think the machine-human language barrier can be broken?