Do We English Speakers Need To Learn Foreign Languages?

There’s no doubt that English is the international language of business. All over the world, more and more multinational companies — even those based in non-English speaking countries — are implementing English as their common corporate language.

As such, being fluent in English is a vitally important skill for international businesspeople. But what about us native English speakers? Does this mean that we’re off the hook when it comes to learning a foreign language?

Not quite! Yes, it’s true that international business meetings are being conducted in English, and this trend is likely to continue. But another workplace trend — the rising importance of “soft skills,” like communication and problem-solving — should make English speakers think twice about calling off their foreign language studies.

What, exactly, are soft skills? They’re the personal attributes that allow people to interact effectively and amicably with others. Unlike “hard skills,” which are specific and teachable (e.g. programming), soft skills are less tangible and encompass a wide variety of general aptitudes, such as decision-making and working well in groups.

It’s often said that hard skills can get you the interview, but soft skills will land you the job.

So where does foreign language come into play? Here are some ways that knowing a second language provides you with the soft skills you need to excel in the workplace. 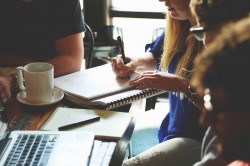 Knowing a second language is undeniably chic: you’re sure to impress your coworkers when you show off your foreign language skills at the water cooler. However, being bilingual is about a lot more than just break room chatter.

Nelson Mandela famously said, “If you talk to a man in a language he understands, that goes to his head. If you talk to him in his own language, that goes to his heart.” This is especially applicable to the workplace. Often times, your international colleagues’ business English has taught them fully functional workplace lingo, but their true personality — their tone, their sense of humor, their thoughts and feelings — shines much more brightly in their native tongue.

Being able to tap into this deeper layer of your coworkers’ personalities will take your communication from strictly business to something more personal and meaningful. You’ll be able to understand them better, and in turn, your connection with them will be stronger and more memorable. This will also help you in getting them to cooperate with you in ways they don’t with your “English-only” colleagues.

An effective way to facilitate communication and foster relationships with your international colleagues is to find common ground — an opinion or interest that both of you share. However, it can be hard to establish common ground if you aren’t familiar with the cultural matters or current events that are important to your coworkers.

Even just an intermediate understanding of a foreign language will enable you to read the newspaper, getting you up to speed regarding what’s going on in the country. This will not only make you a more informed global citizen, but will give you something of substance to contribute in conversation with your colleagues.

In the same vein, watching foreign-language movies or making a playlist of foreign-language songs is a great way to learn about both a country’s language and its culture. It will ensure that you have something to bring to the table when getting drinks after work — not to mention that you’re guaranteed to impress your coworkers with your knowledge of their country’s greatest hits. 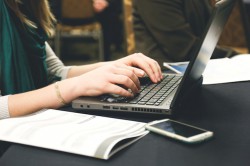 Fortunately, this struggle plays off in the end: several studies have shown that bilinguals are faster than monolinguals at solving mental puzzles, both in the domain of language and arithmetic. Thus, learning a second language increases your overall problem-solving abilities, which is consistently listed as one of the most important soft skills.

Being a good listener is a crucial soft skill in order to be a team player. And learning a second language can help you with this: a significant body of research has shown that bilinguals are better at picking up on small speech differences than monolinguals are. In fact, they’re better at recognizing different languages — even ones that they don’t speak!

Beyond identifying foreign languages, however, knowing your coworkers’ native tongue will help you understand their English when they make mistakes, which can prevent cumbersome workplace miscommunications. For example, in Spanish, if something must be done by a certain date, the preposition “para” is used. Usually, “para” translates to “for” in English. Therefore, if you hear your Latino coworkers saying they will send something “for Friday”, your knowledge of Spanish will allow you to deduce that they really mean it will be sent by Friday.

Summing up, learning a foreign language not only enables you to forge deep connections with a new population, but also makes you a better listener, a more efficient problem-solver, and a more effective communicator. As such, it should be a priority for anyone who wants to make their mark in the international business scene — even if you are a native English speaker. Contact us to find out how we can help you master any foreign language.

Comments on Do We English Speakers Need To Learn Foreign Languages?