Black cabbies, fish ‘n’ chips, The Beatles, David Beckham, Queen Elizabeth, and Earl Grey tea: England is famous for an array of things, not the least of which is its distinctive English dialect. British English is well-known around the world for its old-timey charm, and is the dialect of choice in most ESL (English as a Second Language) classes. Indeed, English language learners are intimately acquainted with Received Pronunciation (RP), which is based on educated speech in southern England. Though Received Pronunciation is spoken by only 3% of England’s population, it’s widely considered as a standard throughout the English-speaking world, and it shares several features in common with other British dialects. Let’s take a closer look at some of those features, so you can perfect your British English and start speaking like a bona fide Brit. 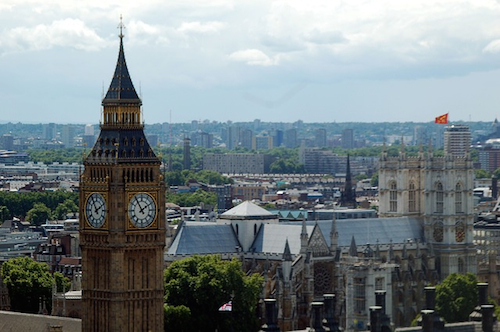 ACCENT: The letter “R” and beyond

Perhaps the most infamous feature of the British English accent is its pronunciation of the letter “R”. It’s pronounced as a hard “R” sound only if it’s followed by a vowel (e.g., coral) or if it’s at the very beginning of a word (e.g, real). In other contexts — for instance, if it’s followed by a consonant (e.g., first) or it’s at the end of a word (e.g., poor) — it’s reduced to a neutral vowel sound. This is good news for language learners, who often struggle to pronounce the English “R”.

GRAMMAR: Have you learnt how to speak British English?

Nearly all varieties of English are mutually intelligible, which means that speakers of any dialect can understand those of any other dialect. This is partly due to the fact that the different dialects of English are very similar grammatically. However, British English features a couple grammatical peculiarities that differentiate it from other English dialects, especially American English.

First, English learners will be dismayed to learn that British English features more irregular verbs than American English. Several verbs, such as learn, spoil, spell, and spill, are formed not by adding “ed” to the end, but rather by adding a “t”. Therefore, the past tense of the above verbs would be learnt, spoilt, spelt, and spilt, respectively.

Another interesting feature of British English grammar is related to collective nouns. Collective nouns, such as group and band, are a single word that is made up of several individuals (i.e., there are many individuals in a group). In British English, these receive plural verb conjugations, even though they are singular nouns. So, instead of saying “The band is giving a concert next Thursday”, a speaker of British English would say “The band are giving a concert next Thursday”.

England has a particular way of describing several terms for food. For example, crispy fried slices of potato are crisps, even though they are called chips in American English. To confuse matters further, chips actually refer to the fried potato stalks that are called French fries in American English. Though the term “French fries” does not exist in British English, many food words derived from the French language. For example, the purple vegetable known as an “eggplant” in American English is called an aubergine, which is borrowed directly from French.

The topic of spelling in English elicits a collective groan from every English language learner out there. Indeed, the numerous rules (and lack thereof) make English an especially difficult language to write correctly. And to further complicate the picture, the spelling of certain words differs in various dialects, including British English.

England is the birthplace of English as we know it; still, there are many sub-dialects within England that can sound quite different from each other. But the features summarized in this article remain more or less constant even across distinct varieties. If you think you’ve mastered the British English dialect, try your hand at our free English accent game to test your skills in distinguishing between English accents all over the world. And if you’re really serious about improving your English — whether it be British English or any other variety — take a look at our tailor-made English courses in your area.