Posted by Katie
See Author's Bio
May 1, 2014
Filed under Russian

Russia encompasses 10 time zones and makes up 1/7th of total global land area. However, it isn’t just Russia’s size which makes it formidable, but the array of profitable and cultural enticements which make the country the 8th largest economy in the world. When it comes to choosing important languages to know, Russian should be at the top of your list for all of these reasons and more. So consider these five pointers for why you need to learn Russian. Russia is one of the ten strongest economies in the world—the fifth largest by purchasing power parity—with a GDP that has doubled since 1999. Part of Russia’s booming economy is due to the fact that it is a competitive commodity producer and many countries rely on Russia for key exports. To date, Russia is the number one exporter of oil and a world leader in aluminum and steel production.  And since Russia’s economy is thriving as a result, tons of jobs and opportunities are made available to those with the skills and the will to take the leap.

Russian is the 5th most popular language in the world and 8th most spoken language by number of native speakers. As the most used Slavic language, Russian has also been included as one of the six official languages of the UN.  Learning Russian can prove to be great not only for being able to communicate with large sectors of the global population, but also for those wishing to be involved in international politics at home and abroad.

3.     Diving into the natural resources sector in Russia.

There are many incentives when it comes to doing business in Russia and the vast amount of natural resources is one of them. Russia is geographically the largest country in the world and all that space means plenty of natural resources just waiting to be tapped into. This country has an estimated 40% of total global reserves of natural gas and is ranked among the world’s leading timber and mineral producers. If you hope to make your mark in this industry in Russia, then learning Russian is definitely the language for you. Russia has the third largest population of billionaires, which means that there are a lot of well-to-do Russians looking to invest abroad. Russians rank fifth according to volume of investments in real estate in Western Europe and look to Spain, Bulgaria, and Finland–the three most attractive countries for purchasing property—to claim more land. If you have the real estate know-how and the language skills, diving into these opportunities should be a breeze.

Perhaps one of the best reasons to delve into a new language is out of sheer love for the culture of the country. Russia is a nation which has long been a leader when it comes to cultural excellence and is famous for being home to some of the best dancers, musicians, and writers. Especially noteworthy is the fact that Russian was the native language of writing masters such as Leo Tolstoy and Fyodor Dostoevsky and having a good grasp on this language will allow you to be able to peruse these classic works in their original, beautiful tongue. The possibilities of enriching your life culturally are endless when you learn Russian! Whether for the sake of culture, business ambition, or simple wanderlust, you can’t go wrong when choosing Russian as your next must-learn language. The learning process becomes that much easier when you make the decision to invest in trusty-worthy Russian language classes or take the time to determine your level through a free online Russian placement test. A solid grasp of this lovely and musical language will leave you more than prepared to navigate the fascinating undulations of Russia’s cultural landscape which spans from lively Moscow to historical Saint Petersburg and beyond.

Comments on 5 Reasons Why You Need to Learn Russian 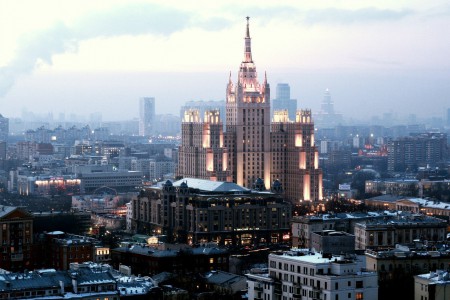